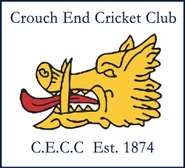 An insight to glorious June for Crouch End Juniors. June has been beautiful, and we have not lost one game to the weather!

The junior section continues to develop and enjoy their cricket, which after all is the essence of Crouch End Cricket Club. We have had some satisfying wins and some excruciatingly close defeats. But here for a moment let’s celebrate some of the stars, and those moments that make cricket the wonderful game that it is (cue montage):

For the U10s:
The player of the month goes to Danny Quinn for his captaincy and wicket keeping, having done an amazing job on both for the last three games.
And the moment of the month goes to Harsh Vapendra for his death bowling against Highgate, accurate and economical.

For the U11’s:
The player of the month for June is Bella Minett-Robson. Her bowling has been consistently excellent and in the match against Hampstead she took three wickets, including two in successive balls, plus a great catch. Later in the same game, she stood up unflinchingly when facing their fastest bowler.
Our moment of the month was having eight different players take wickets in the match against Highgate. Dexter Byarugaba, Rohan Roy, Timothy James and James McGuire all took two apiece, while Jagtar Singh, Joe Norton, Arthur Whitmore and Finlay Bateson took one each. A sign of how far our overall squad has developed.

For the U12’s:
William Kennedy for player of the month, as he has made enormous strides with his bowling improving both his accuracy and pace and for his generally positive presence in the field. And recent 2 catches for CECC to win against Highgate!
And the moment of the month goes to Edward Mill for his first wicket maiden against North Middlesex.

For the Girls:
Player of the month is for Saisha Holmes for her great attitude, focus and all-round performance, including clean bowling her opponent at a recent match and look of joy on her face.
The Moment of the month is when Lucy Townend took her 5th catch in the recent match and the opposition scorer and manager cried “can we just not hit anything anywhere near her please!”

For the u13’s
Player of the month is Fadil Shafiq who is always available, frequently takes wickets and catches and is always ready to mix it up with kids two years older than him. Moment of the month goes to Felix Riddell & Noah Minett- Robson scoring a 34 run partnership in 5 overs against Hornsey CC.

For the U14’s
Lloyd Mackenzie as Player of the Month - he has shown real improvement with the ball and then played two very good innings with the bat in difficult circumstances - Hampstead away where he batted time and built partnerships and then 33 not out at North Middlesex in a losing cause.
And moments of the match is Ankit Depala’s classy catch of a North Midds proper smash; it didn’t win them the game but kept the score tight and respectfully CECC in the game.

For the U15s
U15s player of June is Mustafa Shah, top wicket taker. 2 good knocks and always an encouraging figure in the field. Moment of the month to Joe Ludlow for stepping up to take the gloves for all 3 games whilst Eddie was injured and doing it extremely well .