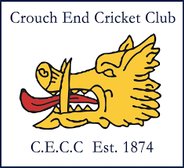 Our experience highlights the game still has much to do...

An East Molesey supporter at the ground shouted a racist slur to one of our players and an East Molesey member posted a comment referencing racialised violence on the CECC live feed on YouTube.

Since the day in question, CECC has condemned the incidents for what they are: racism that runs contrary to the Spirit of Cricket, the ECB’s Anti-Discrimination Code, and socially acceptable conduct more generally, which has no place in our sport, or wider society.

The matter is now concluded.

CECC will not enter the Conference Cup in future seasons and we have resigned our membership of the Club Cricket Conference (CCC) in protest against their failure to take meaningful or effective action following these incidents.

There remain deep seated issues around racism in grassroots cricket to which the only acceptable response is swift and decisive action. That action must also acknowledge the significant harm racism has on individual victims. Too often this is ignored or downplayed. Victims see little point in making allegations because resolution is slow or not forthcoming at all, allowing perpetrators to avoid sanction. Action against racism needs to be swift and decisive to deter future perpetrators.

It is clear to us that the ECB’s Anti-Discrimination Code sets out an objective test for breaches of the code:

“1.It will be a breach of this Code […] to […] act in any manner, make any omission, or engage in any conduct, which (in the opinion of a reasonable person) does or is likely to, offend, insult, humiliate, intimidate, threaten, disparage and/or vilify any person or group of people, based on, or by reference to, any Protected Characteristic…”

However, clear processes or protocols also need to be in place for the Code’s efficient, robust enforcement across the game. If not, the Code is toothless and member organisations will remain able to ignore the Code with impunity.

We await details of the ECBs’ game-wide commitments on such processes and protocols made in light of the high-profile cases of racism at county level and welcome the commitment of significant resources for this vital work in 2022.

Given the powerful testimony of players such as Michael Holding, Ebony Rainford-Brent, Phil DeFreitas, and David Lawrence, and the England players' anti racism messaging, it is critical for the game at all levels that racism and all other forms of discrimination are tackled head on.

We are angered by the comments of Middlesex chair Mike O'Farrell today at the DCMS Select Committee illustrating just how far the game has to travel to address racism.

Crouch End CC is proud of its diverse club membership and is wholly committed to its members adhering to, and expecting treatment in line with, the central principle of the Spirit of Cricket, RESPECT:

"Cricket is a game that owes much of its unique appeal to the fact that it should be played not only within its Laws but also within the Spirit of the Game. Any action which is seen to abuse this Spirit causes injury to the game itself".

We will continue to work hard to be an anti-racist club and urge others to join us.